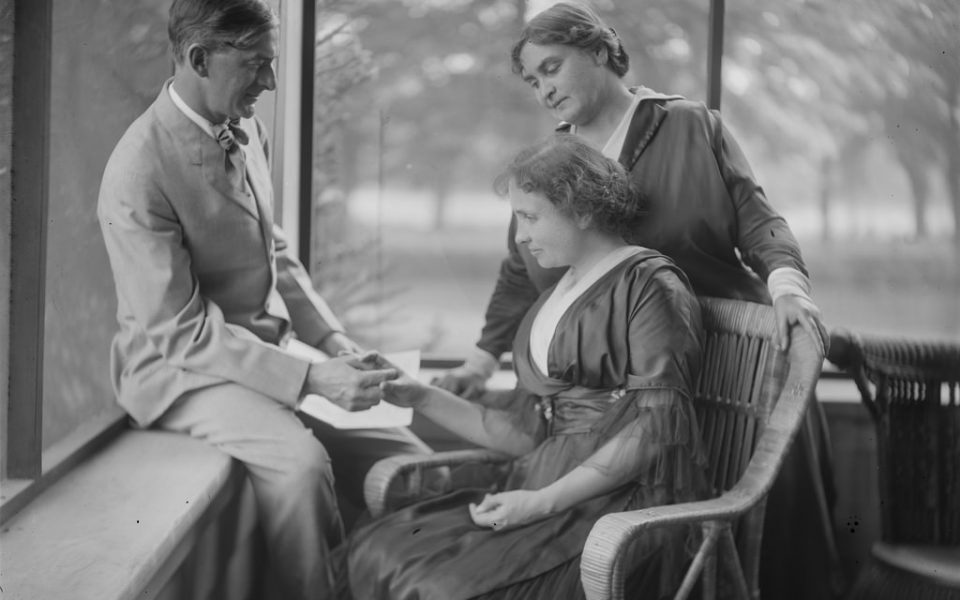 Heresy, Orthodoxy, and Self-Confidence of Helen Keller and St. Augustine

by Kalinda Rose Stevenson
in Self-Confidence
Leave a comment

The heresy of one age becomes the orthodoxy of the next.

Helen Keller
Helen Keller was a remarkable deaf and blind woman who became renowned as an author, political activist, and lecturer.

Helen Adams Keller (June 27, 1880 – June 1, 1968) was an American author, political activist, and lecturer. She was the first deaf-blind person to earn a bachelor of arts degree. The story of how Keller's teacher, Anne Sullivan, broke through the isolation imposed by a near complete lack of language, allowing the girl to blossom as she learned to communicate, has become widely known through the dramatic depictions of the play and film The Miracle Worker (Wikipedia).

Beyond the dramatic story of her deafness and blindness, Helen Keller was also deeply involved as a social activist for overcoming inequality, poverty, and class.

The popular narrative of Helen Keller — born 135 years ago this weekend, on June 27, 1880 — is a classic American story about triumphing in the face of adversity, which emphasizes individual determination over political action. But Keller’s true legacy also includes a commitment to socioeconomic justice, which she saw as instrumental to improving the lives of people with disabilities (Time).

Her claim about heresy and orthodoxy is the leading quotation of "Chapter 3: Augustine's Search for Identity" in Your True Self Identity: How Familiar Translations of Bible Verses in the Gospel of Matthew Hide Your True Identity from You.

The story of Augustine has many facets, including child abuse and struggle for self-identity through various stages of religious belief. This is the story of a child who experienced childhood trauma. In Augustine's case, his trauma had profound impact on his religious beliefs, which in turn has had powerful impact on Christian beliefs throughout the centuries.

The previous chapter introduced Augustine as he introduced himself in his Confessions — a tormented man whose theology was set in motion by his experience of being beaten by his teachers when he was a child at school. Augustine experienced the essential wound that defined his theology when he prayed to God to stop the beatings and God did not save him. This part of the story is left out of many descriptions of Augustine's life story (Your True Self Identity, page 35).

Does the Bible Really Say That? Series focuses on the impact of Bible translations on what people believe “the Bible says” on any topic.

Your True Self Identity: How Familiar Translations of Bible Verses in the Gospel of Matthew Hide Your True Identity from you considers the idea of your true self-identity. Do you know your true self-identity? Are you happy being who you are? If you are not happy, what if the real cause of your unhappiness is that you don’t really know your true identity? One powerful reason is the effect of misleading translations of the Christian Bible.

One glaring example of the effect of Bible translations on identity is Chapter 18 of the Gospel of Matthew. Careful analysis of familiar translation choices in English language bibles demonstrates how sin doctrine creates false identities by turning the innocent into sinners.

Available on Amazon in either Kindle or paperback versions. Click Buy Now From Amazon to get your copy right away!

This site uses Akismet to reduce spam. Learn how your comment data is processed.